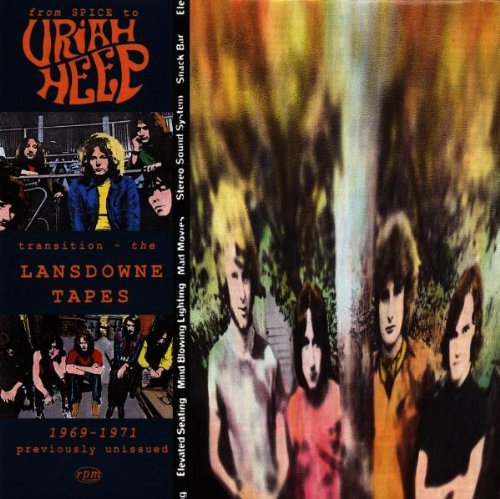 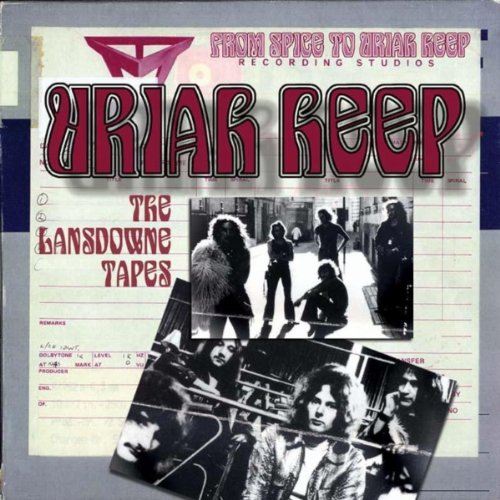 Uriah Heep - Born in a Trunk

Uriah Heep - Here am I

SPICE - What about the Music

NO, I DON´T MAKE MONEY WITH ANY OF MY VIDEOS & ALL THE RIGHTS BELONGS TO ORIGINAL OWNER AND ARTIST.
01 To Samuel a Son 00:00
02 Three O' clock in the morning 03:30
03 He's growing 06:46
04 Sticking wings on flies 09:11
05 Lady Lady 11:51
06 Penny dear 15:10
07 Long time, sad time, bad time 17:45
08 Five to three 20:58
09 Autumn 23:57
10 Yes i cry 27:09
11 Groozy 29:52
12 Momma i need 33:34
13 Candlelight 37:31
14 Lovely Anita 40:05
15 Maria [Mono bonus track] 43:37
COPYRIGHT STATEMENT: This video is not being used to make money in any way and is for entertainment and leisure purposes only. This is an act of fair usage as described by the Copyright Offices, therefore, a dispute should not occur over this video. No copyright intended. This is strictly for non-profit and educational purposes only. All rights belong to the original owners and content creators of this material. Copyright Disclaimer Under Section 107 of the Copyright Act 1976, allowance is made for "fair use" for purposes such as criticism, comment, news reporting, teaching, scholarship, and research. Fair use is a use permitted by copyright statute that might otherwise be infringing. Non-profit, educational or personal use tips the balance in favor of fair use. It is not to be used for copying and selling. No copyright infringement intended.
LINE-UP:
Bass, Vocals – Brian Glascock
Drums, Vocals – Lee Kerslake
Guitar, Vocals – Joe Konas
Keyboards, Vocals – Ken Hensley
PRODUCED BY: David A. Paramor

INFO: The Gods were an English group founded in 1965. The original bandmembers included Mick Taylor (later with John Mayall's Bluesbreakers and the Rolling Stones), Brian Glascock, his brother John (later with Jethro Tull) future Uriah Heep member, keyboardist Ken Hensley and Joe Konas. Lee Kerslake (drums) joined in 1967 and would later also play in Uriah Heep. Greg Lake (later of Emerson Lake Palmer fame) joined in 1967 and left the band after approximately one year. Taylor, Glascock and Glascock were schoolmates from Hatfield and had been playing together as The Juniors (or The Strangers), a band they formed in 1962. Also part of this band were Malcolm Collins (vocals) and Alan Shacklock (guitar). They eventually signed with EMI / Columbia Records. Their first 7" single (Columbia DB7339) appeared in 1964 ("There's a Pretty Girl"/"Pocket Size"). In 1965, the line-up changed. Mick Taylor continued to play guitar and teamed up with Hensley (organ/vocals). They also added Konas (guitar/vocals) and changed their name to "The Gods". In 1966, The Gods opened for Cream at the Starlite Ballroom in Wembley, London. A single (Come On Down To My Boat Baby/Garage Man) was recorded in early 1967 on Polydor Records. At this point the line-up included Mick Taylor, Ken Hensley, John Glascock, and Joe Konas. In May 1967, Mick Taylor got a call from John Mayall who was looking for a new guitarist to replace Peter Green. When Taylor joined the Bluesbreakers, he left behind a faltering bluesband. The band sought to revive their fortunes on the club/college circuit. They relocated to London and secured a residency at The Marquee. John Glascock (bass) was replaced by Paul Newton in June 1967 and then by Greg Lake. But the latter was too talented for the backing role they had him in so he soon left to join King Crimson in the summer of 1968. The band had to re-group again and John Glascock was asked to return. With John Glascock back in the fold they recorded a couple of progressive rock albums and a few singles. Of their singles, "Hey! Bulldog", The Beatles track, is their best known, and both sides have been included on the compilation album, The Great British Psychedelic Trip Vol. 3. The band played an amalgam of psychedelia and progressivism. Tracks like "Towards The Skies" and "Time And Eternity" from their 1968 album Genesis are full of heavy ploughing Hammond organ and distorted guitar riffs and Ken Hensley's unique and rather dramatic vocals add a further dimension. Most of The Gods' material is fairly typical late 1960s pop/rock, epitomised by songs like "Radio Show" and "Yes I Cry". There are shades of Vanilla Fudge on their cover of West Side Story extract "Maria". On a few tracks like "Candlelight" and "Real Love Guaranteed" there is an inkling of the heavier sound Hensley and Kerslake would propagate in their next venture, Uriah Heep. The Gods were the successors of The Rolling Stones at the Marquee Club in London. After recording two albums, Genesis (1968) and To Samuel a Son (1969), they signed with a new record company, recruited Rebel Rousers singer Cliff Bennett and formed Toe Fat, which also lasted two years and two albums. In 1970, they published an album under the pseudonym Head Machine, untitled "Orgasm" with Ken Hensley on keys, guitars and vocals, John Glascock on bass, Joe Konas on guitars and Lee Kerslake on drums. [wikipedia]